Zimbabwe in Pakistan 2015: Fear of isolation spurred Zimbabwe to go ahead with tour

Zimbabwe in Pakistan 2015: Fear of isolation spurred Zimbabwe to go ahead with tour

Zimbabwe's cricket chief said Tuesday his team had decided to tour Pakistan because they too had experienced the cost of isolation.

Lahore: Zimbabwe‘s cricket chief said Tuesday his team had decided to tour Pakistan because they too had experienced the cost of isolation as the African team embarked on the first series by a Test playing country since 2009. Speaking at a press conference alongside Captain Elton Chigumbura after arriving overnight in the city of Lahore, Ozias Bvute likened Pakistan’s six years without top-flight cricket at home to the removal of Zimbabwe’s Test status from 2005 to 2011. READ: Zimbabwe tour of Pakistan is to express solidarity, says Zimbabwe official

“For many years Zimbabwe was isolated so therefore we understand the politics of isolation. We’ve therefore said no, isolation is not the right way,” he said. “We must break the barriers that exist in between us. We are therefore here to firm our position that brotherhood supercedes everything else and cricket unites us. We hope to give you a decent show.” READ: Mohammad Sami, Shoaib Malik recalled in Pakistan T20 squad against Zimbabwe

Zimbabwe’s Test status was removed after senior players quit to protest the sacking of then-captain Heath Streak, who was appointed after Andy Flower retired in a stand against the policies of the government of Robert Mugabe. Zimbabwe are the first Test team to tour Pakistan since militants attacked the Sri Lankan team bus in March 2009, killing eight people and leading to the suspension of all international cricket in the country.  READ: Ahsan Raza: 2009 attacks remain one of the worst nightmares of my life

The tour was almost called off last week after gunmen massacred 45 minority Shiites in the city of Karachi, but Zimbabwe finally decided to go ahead. Bvute confirmed there were fears but denied any player was forced to tour.

“Being human beings those events (in Karachi) unnerved a lot of people and created doubts in members of our fraternity as whether it (the tour) was the right thing to do. We obviously weighed the pros and the cons of what we wanted to achieve,” he said. “The position was that our players were offered the opportunity to voluntarily come to Pakistan. They accepted the position and that’s why we have (a) full strength team.”

Chigumbura admitted the heightened security, featuring 6,000 policemen, was something new for his team, but said they were focused on cricketing matters. “Obviously this is something new for us but, as I said, we are not worried about (that) as players and the main thing for us is to play cricket.” 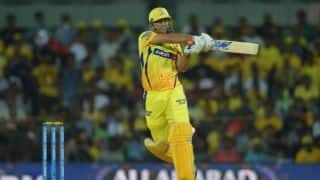 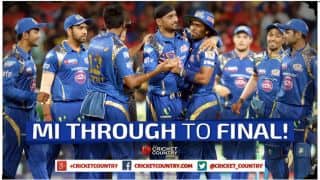