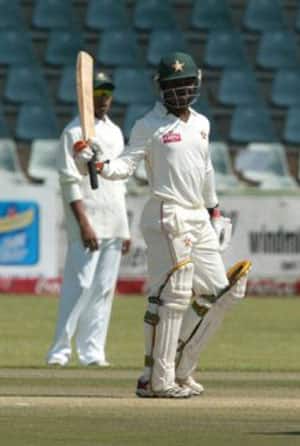 However, the most important part of this match is it will either mark its presence or the end in world cricket for a very long time.

Over the years Zimbabwe has been failing and with domestic political turbulence, their presence in the world cricket has been sidelined.

They returned to playing Tests after beating Bangladesh in August and at one point were winning against New Zealand until Doug Bracewell guided New Zealand to a 34-runs victory.

Coach Alan Butcher is happy with the way his side has performed in the three day warm-up match.

“There was no doubt New Zealand were very worried up until tea time on that last day,” he said. “I hope we can visibly get them as worried again in this test.

It’s obviously going to be more difficult on their home patch but that’s what I would hope for. If we do that, perhaps this time we will have more know-how to go on and win the game,” Butcher was quoted as saying the Times of India.

Tatenda Taibu, who has played 27 tests, told that he is eager to perform.

“When one door closes another one opens,” Taibu said.

“Being away from test cricket, the guys are really hungry to really do well in the games we do have. Because cricket evolves, there’s no doubt we’ll be a little behind.

I’m sure the more we play, we will catch up with the rest of the countries, and get back to where we were with the test game.”

Ashwin says India will continue to play their natural game