Zimbabwe cricket have been facing monitory problems for quite some time now and the employees of the organisation have received only half-pay for the consecutive month.

Zimbabwe are all set to host the ICC Cricket World Cup 2019 Qualifiers in the coming year. While this should have been a moment of honour for the country, their cricketers are facing financial problems as cricket has been shut down for over two months due to the preparations. Ahead of Christmas, while many cricketers have not received their total payment, the domestic cricketers will not be able to play, adding more to the woes. Zimbabwe cricket, as a whole, have been facing monitory problems for quite some time now and the employees of the organisation, too, have received only half-pay for the consecutive month.

As things stand, ZC is still in a financial predicament and will only receive its next revenue distribution in January 2018. Accordingly, it is highly likely that staff will receive their December 2017 salaries and the balance of the November 2017 salaries in mid January 2018,” a letter addressed to the staff by Nesta Vaki, head of human resources, read, Cricbuzz reported.

“That is a fact of life, ZC managing director Faisal Hasnain commented on the issue. We are working through it with all concerned and trying to manage the situation as best we can. It’s about the worst time for us to be in this situation given that it is a time for family. Hopefully by the middle of January, once the ICC distributions come through the situation will stabilise.

ZC are supposed to pay over $19 million, but this has resulted in a big problem for employees on low pay.

“The problem is that for the guys on ‘good wickets’, if they get 50% (of their salary) they can still crack on as usual. But for the other coaches and players, that 50% is not enough to cover bills and get them to work every day,” an employee revealed. 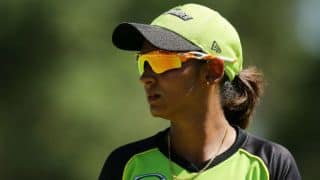 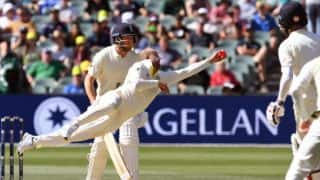 The Ashes 2017-18: Nathan Lyon would be one of the first picks for pace-friendly Perth, reckons John Davison