Zimbabwe captain Sharne Mayers is confident her side will not be also-rans at the ICC Women s World Cup Qualifier 2017 tournament scheduled for 7-21 February in Colombo.

Zimbabwe captain Sharne Mayers is confident her side will not be also-rans at the ICC Women s World Cup Qualifier 2017 tournament scheduled for 7-21 February in Colombo, Sri Lanka. I am hoping this is our year. In fact, I believe 100 percent we will do it, Mayers said at the senior women s national team s pre-departure press conference held at Harare Sports Club on Tuesday. Ten sides will be competing in the qualifier tournament where the top four sides will claim the four remaining places in the event proper to be staged in England from 26 June to 23 July 2017. ICC Women s World Cup Qualifier 2017: India fancied in Group A

Zimbabwe is in a tough Group A together with India, Sri Lanka, Ireland and Thailand. Mayers is, however, unfazed by the quality of her team s opponents. There is more pressure on them than us because we don t play as much cricket as they do, she said. From the preparations we had, our coaches put us in the best conditions to get results and I am confident not only in myself but in the team too. A lot of the girls are raring to go. We are pretty focused and everyone is keen to put in a good show. Zimbabwe coach Trevor Phiri, speaking at the same press conference, also expressed confidence in his charges.

All we need is a positive approach and to remain positive throughout, he said. I am very happy with the preparations we had we hosted South Africa s Emerging XI here and then went to South Africa where we played well against provincial sides. In all those games we handled spin well, so I am confident we will not struggle in the spin-friendly conditions in Sri Lanka. Stage set for ICC Women s World Cup Qualifier 2017

Zimbabwe will play Ireland in their first group match on 7 February at the Mercantile Cricket Association ground, before taking on Thailand two days later in their next assignment at the same venue. On 11 February, Zimbabwe and the hosts Sri Lanka will battle it out at the Nondescripts Cricket Club.

Zimbabwe s last group match will be against India at the P Sara Stadium on 13 February. Group B comprises South Africa, Pakistan, Bangladesh, Scotland and Papua New Guinea. Each side will play four matches in the first round, following which the top three sides from each group will progress to the Super Six stage, while also carrying forward points they earn against sides which have progressed to the Super Six stage from their group. ICC WWC Qualifier 2017: Four women umpires set to officiate

The top four sides from the Super Six stage, in which each side will play three matches against teams from the other group, will complete the eight-team line-up for the ICC Women s World Cup 2017, while the top two sides will battle it out for the title in the 21 February final. The top four sides will also earn places in the second edition of the ICC Women s Championship, while the fifth and sixth placed sides will secure ODI status for the next four years.

Australia, England, New Zealand and the West Indies have already qualified directly for the pinnacle tournament after finishing among the top four in the ICC Women s Championship, which concluded in November 2016. Zimbabwe will leave for Sri Lanka on Thursday this week. 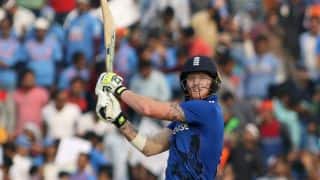