Zimbabwe have already landed in Pakistan ahead of the series.

Ozais Bvute, a top official of the Zimbabwe cricket squad, today said that his team has come to Pakistan to express solidarity with country’s cricket that suffered due to tour pullouts by other international sides in the past. “No one knows better than us what it is like to have international teams refusing to play in your country citing security or other reasons,” Bvute, who heads the Zimbabwe cricket delegation, said here. Shahid Afridi lauds Zimbabwe’s courage for visiting Pakistan

Bvute said the Zimbabwe team had come to Pakistan with a message of peace and brotherhood and had no political agenda. “We are here to play cricket and we have no security concerns about playing in Pakistan. I don?t think anyone can guarantee complete security anywhere as anything can happen anywhere even in the safest environment,” he noted. Mohammad Sami, Shoaib Malik recalled in Pakistan T20 squad against Zimbabwe

Bvute flanked by Zimbabwean captain Elton Chigumbura admitted that his country’s sports and recreation committee had advised against the tour. “But in a letter to CZ they said it is our decision whether we want to go to Pakistan or not and our Chairman decided we need to go as Pakistan board gave us every possible assurance and we wanted to support them end their isolation. Zimbabwe arrive in Pakistan amidst high security

It is also important for Zimbabwe cricket to have international series,” he said. Bvute insisted that all the players in the touring squad had come for the tour voluntarily and they were happy and satisfied so far with the hospitality, love and security provided to them.

The Zimbabwe team and officials were taken from their hotel to the Gaddafi stadium for the conference and nets in heavy security as hundreds of law enforcement officials, heavily armed, cleared and blocked the roads and aerial surveillance was also carried out with police snipers perched on buildings along the route. Kyle Jarvis confident of Zimbabwe performing well against Pakistan

The security cover given to the Zimbabweans was in complete contrast to what had transpired six years ago when the Sri Lankan team travelled from the same PC hotel to the stadium for a Test match and were attacked by militants.

In March 2009 while the Sri Lankan team and match officials came under attack because the security protocol was not followed properly, today was a different story as the law enforcement agencies flanked the roads and four buses used as dummies raced along the empty roads to take the visitors to the stadium. Ahsan Raza: 2009 attacks remain one of the worst nightmares of my life

Bvute said that they understood the problems faced by Pakistan cricket. “We understand what is like for your people to be deprived of the chance to even see their own players play on home grounds. Teams in the past have refused to tour our country for different reasons but cited security and safety concerns.”

“Pakistan is a major cricket nation and they need support and we are ready to do that,” he added.

Chigumbura said Pakistan would be a formidable opposition to beat on their home ground but the Zimbabwean players had come well prepared despite the retirement of their main batsman Brendan Taylor. “We hope to give them a tough fight as we gained in confidence after the World Cup and conditions in Pakistan should help the batsmen do well,” he added. Pakistan vs Zimbabwe 2015: Ahsan Raza, 2009 attack survivor, to officiate 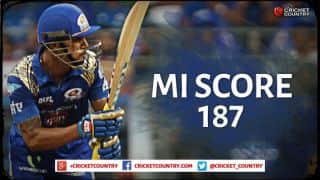 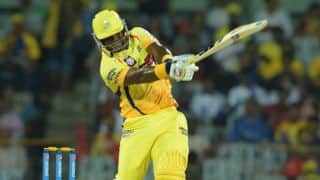