Australia were 43 for no loss after 10 overs in the fifth One-Day International (ODI) of the triangular series at Harare. Philip Hughes was batting on 26, and Aaron Finch was batting on 14. 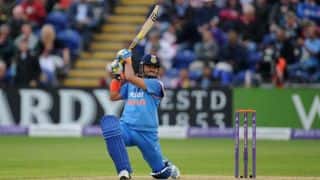 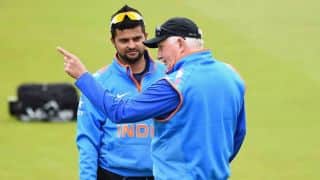