Catch the live updates of the third match of Zimbabwe Triangular Series between Zim vs SA.

(After convincing defeats in the first and second One-Day International (ODI) can Zimbabwe bounce back in the 3rd and final ODI? Catch live cricket score and live updates of the match here)

Zimbabwe 170 | Overs 38.3
Tendai Chatara 6 (10)
The Zimbabwean batting has failed to convert the good work done by their bowlers in a win. Prosper Utseya produced a spell that he’ll remember for a long time, but alas it was in vain! South Africa will pat themselves on the back, as they were not rattled by the batting collapse and kept their heads cool to clinch victory. However, complacency while batting will be a cause for worry that the team management will address.
OUT! Brian VItori c de Kock b Steyn 3 (5), OUT! Elton Chigumbura c Rossouw b Steyn 22 (29)
Zimbabwe 153/8 | Overs 36
Tendai Chatara 0 (4), Elton Chigumbura 14 (25)
Utseya falls and Nyumbu falls too. South Africa look to be winning this comfortably. Utseya’s hat-trick has gone in vain.
OUT! Prosper Utseya 5 (9), OUT! John Nyumbu 0 (1)
Zimbabwe 139/6 | Overs 32
Prosper Utseya 1 (2), Elton Chigumbura 6 (13)
Sean Williams falls just before completing his half-century. He needed to hang around for Zimbabwe to win this! Ryan McLaren makes the crucial breakthrough. South Africa are once again in the driver’s seat. Prosper Utseya walks in to bat for Zimbabwe.
OUT! Sean Williams c Amla b McLaren 46 (57)
Zimbabwe 120/5 | Overs 27
Sean Williams 35 (42), Elton Chigumbura 0 (0)
Malcolm Waller is gone! Must be frustrating for Zimbabwe. Just when they look to be settled in the game, a wicket falls. Captain Chigumbura walks in to the field. Can he do it for Zimbabwe?
OUT! Malcolm Waller c Rossouw b Steyn 20 (23)
Zimbabwe 108/4 | Overs 25
Sean Williams 24 (32), Malcolm Waller 19 (21)
Both these batsman have combined well to put South Africa under pressure. There’s a nice ebb and flow to the game now! The required run rate is not much, and Zimbabwe need to keep their heads calm to get to the total.
Zimbabwe 71/4 | Overs 19
Sean Williams 7 (14), Malcolm Waller 1 (3)
Imran Tahir strikes! Sikandar Raza hits one high into the air and straight into the hands of David Miller! Prosper Utseya’s hat-trick may just be in vain.
OUT! Sikandar Raza c Miller b Tahir 35 (50)
Zimbabwe 64/3 | Overs 16
Sean Williams 6 (11), Sikandar Raza 30 (38)
Williams and Raza are slowly piling on the runs for Zimbabwe. This partnership will have to be a good one for Zimbabwe to get back in the game.
Zimbabwe 46/3 | Overs 12
Sean Williams 0 (1), Sikandar Raza 18 (24)
Masakadza falls after scoring 25. Brendan Taylor too isn’t able to hang around for long, and Zimbabwe are in real trouble here. Aaron Phangiso takes both the wickets. Zimbabwe will need to protect their wickets until the end to have some chance of victory.
OUT! Hamilton Masakadza b Phangiso 25 (33)
OUT! Brendan Taylor b Phangiso 0 (4)
Zimbabwe 18/1 | Overs 7
Hamilton Masakadza 6 (18), Sikandar Raza 12 (14)
Sikandar Raza is looking in good touch. He’ll need to make an important contribution if Zimbabwe are going to reach the target here. Both Steyn and Abbott are keeping the pressure on the hosts and haven’t leaked too many runs. Masakadza hits one in the air, but luckily for Zimbabwe, that falls in no man’s land.
Zimbabwe 11/1 | Overs 4
Hamilton Masakadza 3 (4), Sikandar Raza 8 (10)
Tino Mawoyo is out for a 11-ball duck. South Africa have taken just the breakthrough they need. Will Prosper Utseya’s hat-trick go in vain?
OUT! Tino Mawoyo run out 0 (11)
Zimbabwe 1/0 | Overs 2
Tino Mawoyo 0 (10), Sikandar Raza 1 (2)
It’s very important for Zimbabwe to get off to a good start to take some pressure off. South Africa will look to pick up early wickets. Tino Mawoyo is not looking comfortable here.
South Africa 231 | Overs 50
Imran Tahir 23 (20)
Imran Tahir and Aaron Phansigo have combined well to recover some pride for South Africa. Their partnership was the second highest partnership of the innings. Zimbabwe will now have to chase this down.
South Africa 200/9 | Overs 45
Aaron Phangiso 2 (4), Imran Tahir 4 (6)
South Africa bring up their 200. However, they just have one wicket left, with five overs left to bat. Abbott falls to Tendai Chatara.
OUT! Kyle Abbott c Chigumbura b Chatara 6 (13)
South Africa 190/8 | Overs 42
Aaron Phangiso 0 (1), Kyle Abbott 2 (4)
Dale Steyn leaves his leg stump open, and is bowled! Nyumbu takes three! South Africa may not be able to bat out their 50 overs. Utseya, Nyumbu and Sean Williams complete their quota of 10 overs which South Africa won’t have to tackle any more spin now.
OUT! Dale Steyn b Nyumbu 10

Check out the complete list of ODI hat-tricks here.

This is how Prosper Utseya celebrated his first ever ODI hat-trick #ZIMvsSA pic.twitter.com/UUwd9LA1yv

South Africa 155/5 | Overs 31
Faf du Plessis 6 (9), Ryan McLaren 0 (1)
And Duminy is gone! Utseya with the breakthrough. What a day, he is having. All five wickets been taken by him. South Africa will be kicking themselves for letting go of such a start.
OUT! JP Duminy lbw b Utseya 2 (12)

Prosper Utseya is also the only second bowler – after Lasith Malinga – to take hat-trick against South Africa in ODIs. #SAvZim #TriSeries

South Africa 151/4 | Overs 29
Faf du Plessis 6 (9), JP Duminy 1 (7)
Prosper Utseya takes a hat-trick! Zimbabwe needed a bit of magic to change things around for them, and Utseya has given them just that. De Kock, Rilee Russouw and David Miller were his victims. Tragedy for Russouw, who was out for a duck in his debut match, and is out for a duck here too.
OUT! Quinton De Kock c Chatara b Utseya 76 (76)
OUT! Rilee Russouw c Nyumbu b Utseya 0 (1)
OUT! David Miller lbw b Utseya 0 (1)
South Africa 143/1 | Overs 25
Faf du Plessis 1 (2), Quinton de Kock 74 (68)
Amla is gone! What a knock from him. He charges down the pitch to Utseya and misses. Brendan Taylor makes no mistakes in stumping him.
South Africa 97/0 | Overs 19
Hashim Amla 41 (63), Quinton de Kock 55 (51)
Quinton de Kock brings up his half century! What a player he is turning out to be for South Africa. He is just 21 years, and has already scored 5 international hundreds.
South Africa 78/0 | Overs 15
Hashim Amla 35 (52), Quinton de Kock 42 (38)
Prosper Utseya and Sean Williams bowl in tandem to bring the scoring rate down for South Africa. However, they’ll need to pick up some quick wickets, because South Africa have the firepower to score at a breakneck pace towards the end.
South Africa 53/0 | Overs 10
Hashim Amla 23 (37), Quinton de Kock 29 (23)
Tendai Chatara appeals for an LBW, but it is not given out. The two batsman run, and it would have been curtains for Amla if that had hit the stumps. Both de Kock and Amla are finding boundaries at will. South Africa look like they are going to post abother big total.

Meanwhile, check out what Shiamak Unwalla has to say about the ban imposed on Tinashe Panyangara.

South Africa 25/0 | Overs 6
Hashim Amla 17 (27), Quinton de Kock 8 (9)
Hashim Amla is dropped! He makes the Zimabweans pay dearly for it, by hitting boundaries in the next two deliveries. South Africa have once again made a strong start against Zimbabwe. Tendai Chatara has bowled well, giving away just four runs in the his three overs.

Zimbabwe have won the toss, and elected to field. AB de Villiers, who scored a brilliant century in the match against Australia, has been rested. Morne Morkel and Wayne Parnell too have been rested.

Hello and welcome to CricketCountry’s live blog of the third One-Day International (ODI) between Zimbabwe and South Africa at Harare. I am Sameer Jha and I will be bringing you the live updates of the match. Zimbabwe were convincingly defeated in the first ODI of the Triangular Series by Australia. Whereas, South Africa also had a comfortable seven wicket victory against Australia.

For South Africa, it seems like nothing can go wrong. They have been brilliant in all formats of the game in recent times having defeated top teams. Just a few days back, they thrashed Zimbabwe 3-0 in the bilateral series. A sound batting line-up and a feared bowling unit, combined with exceptional fielding skills make them the team to beat. They successfully chased even a total of 327 against Australia on Wednesday. If they guard themselves against complacency setting in, they will be just fine.

Zimbabwe, meanwhile, are a troubled bunch. They possess the zeal to fight but tend to crumble under pressure. Their bowling attack may be inexperienced but has managed to perform decently against stronger teams. Now, with the axing of Tinashe Panyangara, they will be forced to make a change in their line-up. Their biggest weakness has been the form of their batsmen. They need to contribute today if Zimbabwe want to show some resistance against their mighty neighbors. 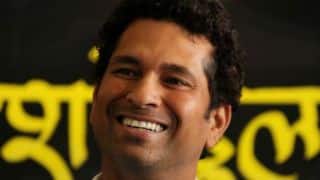