South Africa now has a lead of 22 runs with five wickets still in hand.

South Africa lost just one wicket in the morning session and in control of the Test match against Zimbabwe at Harare at Lunch on day three. Faf du Plessis, Protea’s number three in Tests misses out his fourth Test hundred by just two runs. He became the third wicket of John Nyumbu, the debutant off spinner of Zimbabwe.

Du Plessis was 98 when came down the track to Nyumbu, the ball was a bit short of length on leg, it turned and the bounce took the edge straight to backward short leg where Regis Chakabva took an easy catch. JP Duminy has came to join Quinton de Kock, who is nearing his Ton. South Africa now has a lead of 22 runs with five wickets still in hand. Comfortable position for them.

Du Plessis came to the wicket after the fall of Alviro Petersen’s wicket. His contribution was crucial for the visitors as they lost Hashim Amla and AB de Villiers cheaply. With Quinton de Kock he has shared an important partnership to give South Africa the lead in the morning session of third day of the one-off Test.

In reply South Africa started their first innings against well as they reached 62 for one at lunch on day two of the one-off Test at Harare. The opening pair, Dean Elgar and Alviro Petersen had played out the new ball and added 57 for the first wicket. The openers played the first hour carefully. Though there were couple of close calls for the Proteas openers as the new ball was swinging for the Zimbabwe opening bowlers Tinashe Panyangar and Donald Tiripano.

The first wicket for Zimbabwe in the form of Alviro Petersen was taken by debutant off-spinner Nyumbu in the second last over before lunch. It brought Faf du Plessis in the crease to join Elgar, who batted superbly after that. His innings of 98 was decorated with 11 boundaries. Wicketkeeper batsman de Kock has given him good company and shared an important 119 run partnership with du Plessis. 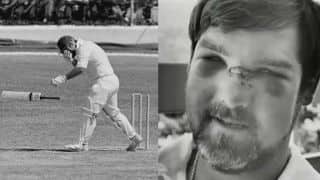 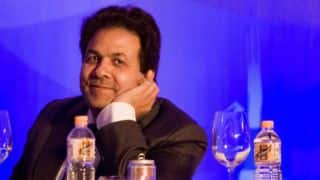