Zimbabwe vs South Africa one-off Test at Harare: ZImbabwe all out for 256, Dale Steyn takes 5

Zimbabwe vs South Africa one-off Test at Harare: ZImbabwe all out for 256, Dale Steyn takes 5

Zimbabwe made 256 in their first innings against South Africa in the one-off Test at Harare. The last pair John Nyumbu and Donald Tiripano added eight runs in day two morning. Last wicket was taken by Dale Steyn, 24th five wicket haul for him. Last batsman out was John Nyumbu. But they have managed to get past 250 mark, which is a significant achievement for the hosts.

On the first day,  Dale Steyn and Dane Piedt claimed four wickets apiece for South Africa, but Zimbabwe defied the odds as they batted out the first day of the one-off Test to reach stumps on 248 for nine. Top-ranked South Africa had been expected to rifle through ninth-ranked Zimbabwe after the hosts had won the toss and elected to bat, but came up against a determined side that was marshalled by captain Brendan Taylor’s 93.

It was just the fourth time in eight attempts that Zimbabwe had passed 200 in their first innings of a Test against the Proteas — an achievement that looked highly unlikely as Steyn and Piedt pounced in the first two sessions. Ben Laughlin inspire Antigua Hawksbills to their only win in CPLT20 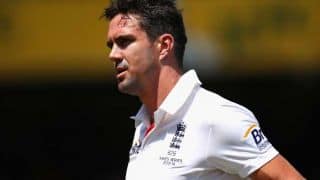