Sri Lanka omitted vice captain Dinesh Chandimal from a 15-member squad and brought in three uncapped players for a two-Test tour of Zimbabwe next week.

Colombo: Sri Lanka omitted vice captain Dinesh Chandimal from a 15-member squad and brought in three uncapped players for a two-Test tour of Zimbabwe next week. Sri Lanka Cricket said Chandimal was yet to recover from a thumb injury he sustained during a domestic match in September. The three new faces in the squad are fast bowlers Kasun Madushanka and Lahiru Kumara and the allrounder Asela Gunaratne. The first Test begins on October 29 in Harare while the second is scheduled from November 6 at the same venue. Meanwhile, ending a week of uncertainty, Sri Lanka Cricket (SLC) on Thursday said that 17 players have agreed to sign the national contracts. FULL CRICKET SCORECARD: Zimbabwe vs Sri Lanka, 1st Test at Harare

The players were unhappy with the new performance based contracts which they claimed were to reduce their renumeration. Senior players, including captain Angelo Mathews, Dinesh Chandimal and Rangana Herath had intense talks with the SLC boss Thilanga Sumathipala over the dispute. No player had signed the contracts by the 12 noon deadline on Thursday. This forced the authorities to send a second string side on the forthcoming tour to Zimbabwe. A notable omission from the list of category one national contracts was Lasith Malinga, who only plays ODI and T20 internationals. SLC sources said contracts would be signed by day after Friday, reported PTI. Sri Lanka Cricket settle contract dispute

Sri Lanka batsman and current vice-captain Dinesh Chandimal had undergone surgery after being struck on the hand during a domestic game sometime last week. Chandimal was hit on his right thumb and Sri Lanka cricket (SLC) want him to undergo a few more tests before they take a call on his international availability for the tours ahead, according to espncricinfo.com. 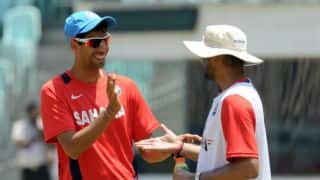 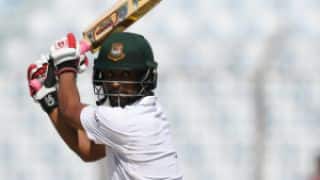 Bangladesh vs England: The maturity of Tamim Iqbal