Live streaming of the first Test will be available in India on Sony LIV.

Despite having a disappointing start with the bat, West Indies put themselves back on track and were in command at stumps of Day Two of the first Test against Zimbabwe. The live streaming of the first Test will be available in India on Sony LIV. The live telecast will be shown on Sony Six HD. For all the live scores and ball-by-ball commentary, follow our live scorecard here.

Zimbabwe bowlers did a commendable job to restrict the visitors at a paltry score of 219. Kieran Powell (56) and Shai Hope (90*) were the only batsmen who did justice as Graeme Cremer (4 for 64) and Sean Williams (3 for 20) ran through the batting West Indies line-up.

However, Zimbabwe’s batting performance was even more disappointing than that of West Indies as the hosts were bundled for a mere 159. No batsman managed to score a half-century, Hamilton Masakadza’s 42 being the highest in the innings. Devendra Bishoo single-handedly brought the batting down with his 5-wicket-haul and West Indies took a 60-run lead despite poor batting.

They later went on to increase their lead to 148 at the end of Day Two, putting up 88 for 1 in the third innings. Powell was removed early by Zimbabwe but Kraigg Brathwaite and Kyle Hope remained unbeaten and will resume batting on Day Three. 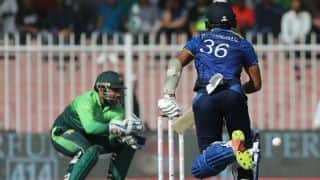 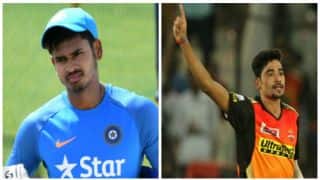