It looks like MS Dhoni's love for bikes has passed on to his daughter Ziva.

Indian captain MS Dhoni‘s love for bikes is a known fact. Be it any kind of sports bike, old or new model, Dhoni rarely misses the chance of owning it. He is one of those rare cricketers, who carry a special love towards bikes than posh cars. Other big cricketers mostly flaunt their branded cars, but Dhoni is different in this regard. Dhoni even manages to get some off time to go for a bike ride while on tours. His last tour with Indian team was in Zimbabwe, where he borrowed a Police Motorcycle from a cop to ride. That picture was shared by Dhoni himself from his official social media accounts and soon it went viral.

And now it looks like his love for bikes has passed on to his daughter Ziva. The reason behind this is the latest post by Dhoni’s wife Sakshi, who shared a very cute photo of Ziva sitting on a sports bike named Hellcat X132. It was clicked during a photo shoot by Shipra and Amit, who are amongst nation’s biggest and most famous photographers. This picture indicates Ziva’s love for bikes, which was quite expected. Soon this picture too will get viral on social media and Ziva will be back in headlines.

Thank you guys for an awesome photo shoot @shipraamitphoto ! You guys are the best in India !

Ziva is currently one and a half-years old. She was born on February 6 last year, when Dhoni was busy with Team India in Australia ahead of World Cup 2015. Since Dhoni has retired from Tests, he has now ample amount of time to spend with family. He will back to lead the Indian side in January against England. 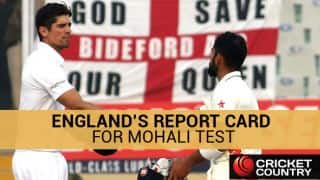