Rio de Janeiro's interim Governor Francisco Dornelles has admitted the upcoming Olympic Games could be a "big failure" if there were no appropriate measures taken in regards to security and transport.

Brasilia: Rio de Janeiro’s interim Governor Francisco Dornelles has admitted the upcoming Olympic Games could be a “big failure” if there were no appropriate measures taken in regards to security and transport. Dornelles declared an unprecedented “state of public calamity in financial administration” earlier in June with less than 50 days until the opening ceremony, which could threaten “the fulfilment of the obligations as a result of the Olympic and Paralympic Games Rio 2016”, Xinhua news agency reported. Brazil’s federal government has already reportedly agreed to disburse federal funds to cover Rio’s shortfall, prioritising any projects considered necessary for the Games.

However according to Dornelles, the funds have not yet reached the state. Dornelles also warned that due to lack of money, the police patrols may came to a halt by the end of the week. “I am optimistic about the Games, but we have to show the reality,” he said in an interview on Monday with state-media media Globo. “We can make a great Olympics, but if some steps are not taken, it can be a big failure.”

“We have to give proof that we are equipping security and the mobility for people to come to the country.” Dornelles’ remarks are in sharp contrast with other higher-level Brazilian officials who always repeat that the games would be unaffected by the various political and economic problems ravaging the host nation. The games are slated to start on August 5. 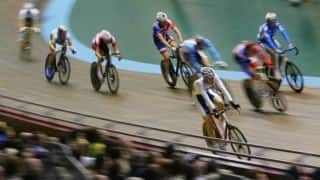