ISSF president Olegario Vasquez Rana expressed satisfaction with the progress the sport has made in Asia in recent years.

New Delhi: International Shooting Sport Federation president Olegario Vasquez Rana expressed satisfaction with the progress the sport has made in Asia in recent years. Olegario is here for the Asian Olympic Qualifying Tournament for Shooting, the continent’s last quota event before the Rio Games. The event got underway on Tuesday in a glittering opening ceremony held at the Dr. Karni Singh Shooting Range. Union Minister Rao Inderjit Singh (Chief Guest) declared the competition open in the presence of Olegario Vazquez Rana, Prince Jigyel Ugyen Wangchuk of Bhutan and the President of the National Rifle Association of India (NRAI) Raninder Singh along with other dignitaries, participating athletes and officials.

“I am very proud of the progress made by the sport in Asia. I am happy to be in this beautiful city of New Delhi and wish all the participating shooters and squads the very best in the competition,” Olegario said. A cultural programme showcasing India’s diversity was followed by dazzling fireworks lighting up the winter sky. There were dance performances by ace shooters Anjali Bhagwat and Elizabeth Susan Koshy.

Olympic silver medallist Vijay Kumar and former national coach Sunny Thomas administered the oath to all competitors and technical officials. Inderjit Singh, while declaring the tournament open, lauded the NRAI president Raninder Singh in doing a commendable job to bring this event to India. Raninder said, “We welcome all dignitaries and participating teams and officials for being here. On behalf of the federation and the country we feel honoured to host all of you.”

Wednesday will be the first day of competition with the Trap qualifiers scheduled in the morning. There are three finals in all on the first day with the first one scheduled for 12 noon. A total of 538 shooters from 30 Asian countries will vie for 35 Rio Olympic quota places up for grabs in the competition that concludes on February 2. 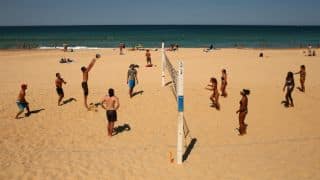 Beach volleyball for school students to get underway from January 27 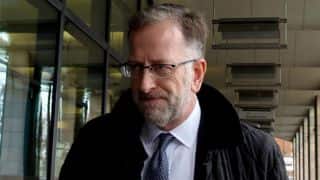