The city of Rio de Janeiro has inaugurated an electric streetcar network serving several downtown streets and replacing a number of bus lines.

Rio de Janeiro: The city of Rio de Janeiro has inaugurated an electric streetcar network serving several downtown streets and replacing a number of bus lines, a project conceived as one of the impending Olympic’s main legacies. The Light Rail Vehicle – a rapid, modern and sustainable transportation mode – will help remove numerous buses and vehicles from downtown Rio, opening several downtown streets exclusively to pedestrian traffic, reports Efe. “It was an effort to improve mobility inspired by the Olympics. We could have organised the Games without the [network], but we’re taking advantage of the moment to improve the city’s downtown area,” Rio Mayor Eduardo Paes told reporters after participating in the service’s first official trip on Sunday.

The tram will integrate all means of transportation that lead downtown and to the nearby port area which, as another Olympic legacy, was revitalised along the lines of Barcelona’s port for the 1992 Olympics. The streetcar line will have stations to collect passengers at the city bus terminal, Santos Dumont airport, the central urban train station, the cruise ship disembarkation piers, assorted metro stations, the barge port, along the Transbrasil bus lanes and the cable car terminal that provides access to the shantytowns, or “favelas,” on central Rio’s hills.

Also on Sunday, Paes inaugurated the Avenida Rio Branco Public Promenade, a pedestrians-only zone of gardens, trees and benches along the avenue that crosses the city centre. “The two projects significantly change the profile of mobility and the downtown environment,” said City Hall in a communique on Sunday. The 24-hour tram system has 32 trains which can carry 300,000 passengers per day and extends for 28 kilometres (17.4 miles) in all, 18 km (11 miles) of which began operating on Sunday, albeit on a limited schedule until the entire service is ready to be launched. The network required an investment of 1.157 billion reais (around $330 million). 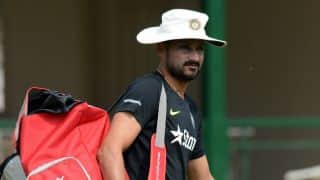