Russian lawmakers are indignant at the very idea of the country's track and field team likely to be banned from the Olympic Games in Rio de Janeiro.

Moscow: Russian lawmakers are indignant at the very idea of the country’s track and field team likely to be banned from the Olympic Games in Rio de Janeiro, Russian State Duma Speaker Sergei Naryshkin said on Monday. “Members of the Russian State Duma [lower house of parliament] are indignant at this idea – to ban our team from taking part in the Olympic Games. Tomorrow we will discuss that issue at our session and will obviously pass a corresponding resolution,” he told journalists. Earlier, Spiegel Online cited participants in the International Olympic Committee (IOC)) summit to be held on June 21 as saying that the meeting is likely to raise the issue of imposing sanctions on the Russian Olympic Committee (ROC) and suspension of Russian sports federations from the Olympic Games to be held between August 5-21 in Rio, reports Tass.

The Council of the IAAF (International Association of Athletics Federations) decided at its session in Vienna on Friday to keep in force membership’s suspension of the Russian athletics body. The suspension means that Russian field and track athletes are currently ineligible to take part in the 2016 Summer Olympics in Brazil. Exceptions may be made only for the athletes who manage to prove they are not involved in the doping scandal in Russia.

However, even in that case they would not be able to compete under the national Russian flag. The final decision on the issue of participation of Russian field and track athletes at the Olympic Games is due to be announced during the summit of the IOC in Lausanne on June 21. 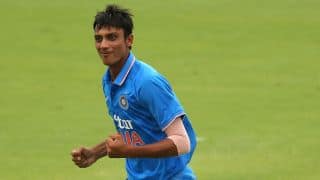