Mexican-American weightlifter Sarah Robles wants to raise the US flag on high at the 2016 Rio de Janeiro Olympic Games.

Los Angeles: Mexican-American weightlifter Sarah Robles wants to raise the US flag on high at the 2016 Rio de Janeiro Olympic Games, but at the same time would love to “inspire young Latino athletes.” “As an Olympic athlete I represent all Americans, but representing Latinos and Latinas is a great honour,” the 27-year-old told Efe on Tuesday. The Brazil Olympics that begin next week will be the second, after London in 2012, in which Robles will compete in the +75 kg (+165 pound) category. “My Latino Olympic pals and I hope to inspire the next generation of Hispanic kids to go into the streets, to play and try to become Olympic athletes,” she said.

“I started weightlifting as part of a program to get in shape for discus throwing,” Robles said about how she broke into sports in 2008 at San Jacinto High School in her hometown of San Diego. “Over time I realised that weightlifting could be a potential sports career, so I began to compete in California championships,” the athlete recalls, who dropped discus-throwing for weightlifting in 2010.

“Weightlifting has shown me how strong I am,” she said. Robles is ahead in four national and two university championships, has won silver medals in the 2008 Junior World Championship and the 2010 Pan American Games, and took home the 2015 Russian Federation President’s Cup. Inspired by discus-thrower Margaret “Meg” Elizabeth Ritchie, Robles expressed gratitude to coaches Rich McClure in discus throwing and Joe Micela, who guided her in weightlifting.

“I live in Friendswood, Texas, I train in my coach’s garage and two other gyms where I also do multidiscipline exercises,” Robles said. “My body weight remains stable but I don’t have a special diet – however, my favourite meals are Mexican pozole and chilaquiles,” said the athlete, who feels “blessed” by her family’s economic and emotional support.

In the future, Robles wants to become a sports trainer and for that she aims to complete her university studies in applied physical education. “At the Rio Olympics I’m going to lift weights to the best of my ability and I hope to set some new personal records,” Robles said. “It will be a dream come true if I can bring home an Olympic medal,” she added 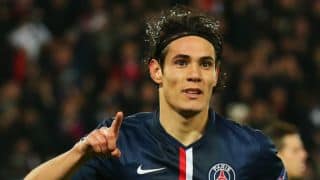