Delhi High Court has asked the Wrestling Federation of India (WFI) to give a hearing to wrestler Sushil Kumar on his plea to have trials for the 78kg class in bid to qualify for Rio Olympics 2016.

New Delhi: The Delhi High Court on Tuesday asked the Wrestling Federation of India (WFI) to give a hearing to wrestler Sushil Kumar on his plea that trials for the 74kg class be held to enable him secure a berth in the Indian wrestling squad for the upcoming Rio Olympics. Justice Manmohan, noting that the court will not interfere with the decision taken by the expert body, asked WFI’s president, vice-president, secretary and coach to sit with Kumar to make an effort to sort out the issue.

“WFI are the people who take decisions, I will interfere if there is any perversity,” said the court.  The court said that since the federation has made a decision to send the name of Narsingh Yadav, “why don’t you call and explain everything to Kumar. Kumar has brought laurels to the country and his contention was worthy of consideration by the federation,” said Justice Manmohan.

“But you cannot undermine the effort of Yadav. Without him, you would not have secured the Olympic berth,” said the court, and queried Kumar’s advocate: “If somebody gets injured during trial, what will happen. Everyone needs to focus on training; how will these wrestlers concentrate,” said the court.

The court issued notices to WFI, Narsingh Yadav, Indian Olympic Association, Sports Authority of India (SAI), and the sports ministry on Kumar’s contention that the selection trials for the Olympic berth had not been conducted as per the national sports code. The court posted the matter for hearing on May 27.

Sushil Kumar took a bronze in the 2008 Beijing Olympics and then silver in London in 2012 in the 66kg division, but this was abolished by the International Wrestling Federation (FILA) in 2014. This prompted him to move up to the 74kg weight category which brought him into direct competition with Narsingh Yadav, who was the top Indian wrestler in this class till then.

Sushil Kumar missed the qualification for Rio Olympics due to injury, and Narsingh Yadav was able to secure the berth for representing the country. After repeatedly requesting the Wrestling Federation of India (WFI) and being denied time and again, Sushil moved the court for relief.

During the hearing, WFI’s counsel told the court that till 2014 Kumar was participating in 66kg category. “Now he wants to participate in 74kg category. Yadav won bronze in the 2015 world wrestling championship. For the last two years, Kumar has been avoiding a competition with Yadav,” he said.

Counsel said that Kumar has not been participating in official training and he has been training under some other coach. 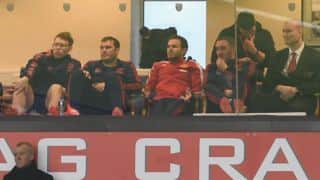 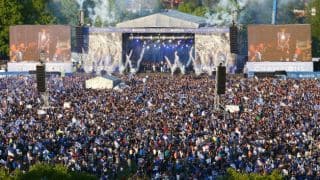