India's M C Mary Kom's hopes of a second successive Olympic appearance ended after she went down in the second round of the AIBA Women's World Boxing Championships.

Astana (Kazakhstan): Five-time world champion M C Mary Kom’s hopes of a second successive Olympic appearance ended today after she went down in the second round of the AIBA Women’s World Boxing Championships. Mary Kom (51kg), who was a bronze-medallist at the 2012 London Olympics, lost 0-2 to Germany’s Azize Nimani in the second round of an event from where only the semifinalists would make the cut for the upcoming Rio Games.

Nimani will next be up against top seed Davide Marzia of Italy who got the better of Hungary’s Katalin Ancsin. In an exciting contest, Mary Kom took off aggressively but Nimani managed to keep her at bay by fighting from a distance. In fact, Nimani hardly attempted any attack on the Indian in the opening two minutes but managed to connect a few counter-jabs to take the initial edge.

Mary Kom continued to be aggressive in the second round as well, connected much better but failed to get the judges’ nod, who again ruled in favour of Nimani on a split decision. Gaining in confidence, Nimani stuck to her gameplan and forced Mary Kom to let her guard down. The diminutive Manipuri threw herself aggressively at the German, whose punching was far from clean. Nimani’s defensive tactics frustrated Mary Kom, who quite literally threw herself at the German to connect.

However, the determined attack failed to yield the desired results for her as Nimani was declared winner on a split vote. The tournament is the final qualifying event for women boxers in the three Olympic categories of 51kg, 60kg, and 75kg and has 12 Rio tickets on offer. 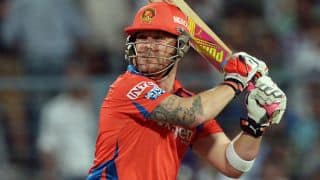 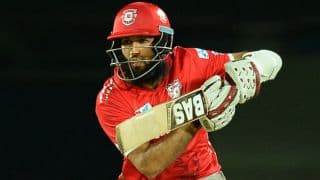