razilian Defence Minister Aldo Rebelo announced that 38,000 military personnel will be deployed to carry out security operations during the Rio 2016 Olympics and Paralympic Games.

Brasilia: Brazilian Defence Minister Aldo Rebelo announced that 38,000 military personnel will be deployed to carry out security operations during the Rio 2016 Olympics and Paralympic Games. Twenty-thousand of them will be based in Rio de Janeiro. The other 18,000 military personnel will ensure safety in five other cities where football matches will take place including the capital Brasilia, Xinhua news agency reported.

The security budget for the games, both for the preparation and during the event, is 704 million reais ($190 million). Out of this amount, 240 million reais ($65 million) will be invested in deploying troops. Combining the military personnel and security agents, a total of 85,000 men will be available in operations when they are required.

Rio de Janeiro will receive around 10,500 athletes from 206 countries and regions and security will be the joint responsibility of the defence and justice ministries and the Brazilian Intelligence Agency. “The national surveillance and intelligence system will work together before and during the Olympic Games,” said Rebelo. The Rio Olympics will take place from August 5-21 and the Paralympics will be held from September 7-18. 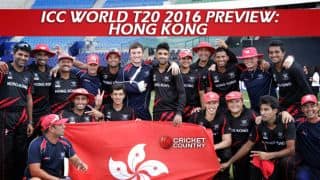