Vinesh Phogat and Sakshi Malik sealed their spots for the global event after reaching the finals of women's wrestling 48kg and 58kg freestyle categories respectively.

Istanbul: Ace Indian wrestlers Vinesh Phogat and Sakshi Malik secured their Rio Games berth after qualifying in their respective weight divisions at the last Olympic qualifier event here in Turkey on Saturday. Vinesh and Sakshi sealed their spots for the global event after reaching the finals of women’s wrestling 48kg and 58kg freestyle categories respectively on the second day of the competition. Last month, 21-year-old Vinesh was disqualified from the opening qualifying event in Mongolia for being overweight by 400gm.

India has so far secured six Olympics berths in wrestling after the qualifications of Vinesh and Sakshi. With this, India has surpassed the previous tally of five for the London Olympics in 2012. Yogeshwar Dutt, Narsingh Yadav, Sandeep Tomar and Hardeep Singh are the other Indian wrestlers to have qualified for the Rio Games, which starts in August. 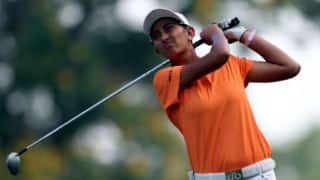