Yohan Blake said he feels really good, God has been really working on him.

Jamaica: He missed almost two full seasons due to crippling injuries, but 2011 World Championships 100-metre gold medallist Yohan Blake is glad to be back on the track just in time for the Olympics. The 26-year-old Blake suffered from several frustrating injuries and could only make one major appearance in 2014, reports CMC. He anchored the men’s 4x100m team to victory at the World Relays in the Bahamas. The inaugural Racers Grand Prix at the National Stadium on Sunday was only his third race of the current season. He was third in the mega 100m men’s showdown, running his season’s best 9.94 seconds.

“I feel really good, God has been really working on me, it’s a season’s best,” he was quoted as saying by the Jamaica Observer on Monday. “I am feeling really, really great, everything is coming along really well.” Blake opened the season with a sensational 9.95 seconds at a meet at the National Stadium on April 16, and then ran an easy 10.03 seconds at an Adidas meeting at the Adi Dassler stadium in Herzogenaurach, Germany, on May 14.

“This is my third race for the season and I have been consistent,” he pointed out. He will next feature at an overseas meet next weekend before returning home to prepare for the June 30-July 3 Jamaica Olympic trials, where he hopes to return to the national team at a major global meet for the first time since the 2012 London Olympics. 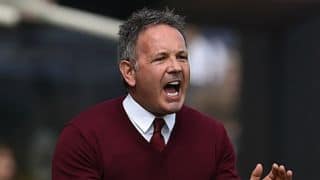 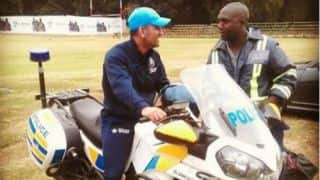