ROC has asked the IOC to explain the term "neutral athletes" used by the IAAF last Friday.

Lausanne: Russia’s Olympics Committee (ROC) has asked the International Olympic Committee (IOC) to explain the term “neutral athletes” used by the International Association of Athletics Federations (IAAF) last Friday, ROC president Alexander Zhukov said in a statement on Tuesday. “The IAAF Council ‘graciously’ allowed individual athletes who will be capable to prove they are not tainted by doping to apply to compete at international competitions not for their country but as ‘neutral athletes’,” Zhukov noted. “We would like to know who these mysterious athletes are and how Russian athletes who have been suspended from international competitions can satisfy these requirements. What does the term ‘neutral athlete’ mean? How can such an athlete take part in the Olympic Games not being put on their country’s roster?” he said.

Zhukov went on to say that the athletes innocent of violating anti-doping regulations would be filing appeals with the Court of Arbitration for Sport (CAS) in case they are barred from the Olympics. “Russian athletes, who never violated anti-doping regulations, as well as the All-Russia Athletics Federation (ARAF), will be turning to the Court of Arbitration for Sport with the aim of protecting their interests, as well as interests of all athletes, who proved to be clean and not implicated in the abuse of performance enhancing drugs and methods,” Zhukov said.

“The Russian Olympic Committee backs all these lawsuits and will be also appealing IAAF’s decision particularly regarding the rights of the national Olympic committee with the aim to prevent discrimination of the Russian athletes’ rights and violation of the Olympic Charter,” the ROC president said. “We hope that the Court of Arbitration for Sport will make an unbiased, just and legal decision despite the position voiced by its president,” Zhukov added.

On Saturday, CAS president and IOC vice-president John Coates expressed doubt that the committee would lift a ban on Russian athletes’ participation in international competitions. According to the Russian official, the removal of athletes uninvolved in doping scandal from the Rio Olympics, scheduled from August 5 to 21, would devalue their rivals’ success.

Last Friday at its session in Vienna, the IAAF decided to keep in force the suspension of the ARAF membership in the global athletics body citing the Russian organization’s failure to implement the previously set requirements of the IAAF. 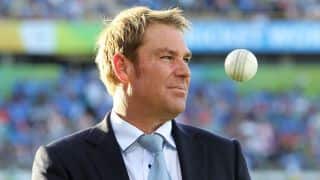