IOC chief Thomas Bach said that in individual cases Russian athletes could gain the right to perform at the 2016 Olympic Games in Brazil after additional checks.

Moscow: Russia is ready to fulfil all the conditions of the International Olympic Committee (IOC) for the participation of athletes uninvolved in doping abuse in the Rio Olympics, Russian Sports Minister Vitaly Mutko said on Tuesday. At a meeting with the heads of leading international sports federations at the Olympic summit, IOC chief Thomas Bach said that in individual cases Russian athletes could gain the right to perform at the 2016 Olympic Games in Brazil after additional checks, reports Tass. “Today we’re ready for all experiments and we’re ready to be open. We’re ready to work. Today Russia is in a difficult situation due to the events in the track and field athletics,” the minister said. “Dozens of problems have accumulated in some sport disciplines, such as track and field athletics due to the absence of proper governance,” the minister said.

“This, of course, alarms Thomas Bach but he speaks about the main thing: conscientious athletes who should be protected should participate in the Olympic Games. We must do everything so that today no one deceives anyone and for this purpose we must be honest themselves,” he added.  “Bach recently proposed the 2020 Agenda and he wants to make sports transparent, open and a uniting factor. Russia is ready to work in this direction.”

The International Association of Athletics Federations (IAAF) decided at its session in Vienna last Friday to keep in force the suspension of the membership of the all-Russian Athletics Federation (ARAF) in the global athletics body citing the Russian organisation’s failure to implement the previously set requirements of the IAAF.  The suspension means that Russian field and track athletes are currently ineligible to take part in the 2016 Summer Olympics. An exception will only be made for the athletes who will prove they are uninvolved in doping scandals. Following its executive committee, the summit of the International Olympic Committee on Tuesday supported the IAAF’s decision. 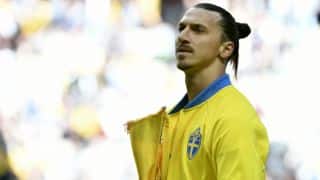