The incoming director general of the WADA has said it could be years before the results of August's Rio Olympics are upheld.

London: The incoming director general of the World Anti-Doping Agency (WADA) has said it could be years before the results of August’s Rio Olympics are upheld. Last week saw Australian race walker Jared Tallent belatedly awarded a London 2012 Olympic gold medal after he was promoted from silver four years ago because of a Russian doping case. “The storage of samples is a deterrent,” Olivier Niggli told AFP in an interview on Monday  “You can tell people if you cheat today, because you think this is not detectable, it will be detectable tomorrow,” the Swiss lawyer said.

“This has an impact on the risks athletes take because they know they can lose their reputation afterwards, ” added Niggli, who will succeed long-serving New Zealander David Howman as WADA director general on July 1. “But the other side of the coin is that you may have to re-do the [medal] classification,” explained Niggli on the sidelines of the WADA media symposium in London.

“But would we better off letting cheaters get away it? Probably not. Would we rather do that quicker, probably yes, but science’s pace is science’s pace. You don’t want to ruin the samples by re-testing too early,” insisted Niggli, with WADA’s statute of limitations on the holding of such samples currently set at 10 years. “You may want to wait a little longer to let science progress. Maybe some innovative science will one day allow us to be quicker.”

Friday saw the International Association of Athletics Federations (IAAF) uphold an international ban on Russia’s track and field competitors first imposed in November after a WADA report revealed state-sponsored doping and mass corruption in Russian athletics. The Russia team is now ruled out of all athletics events in Rio, although Russian athletes training outside the country can apply to compete as neutrals at the August 5-21 Games.

If the final results of Rio testing may not be known definitely for some time, Niggli said that changing Russian attitudes was also likely to be a lengthy process. “What we are observing now is that the top [in Russia] has changed their speech and are trying to say the right things, but it doesn’t go further down. The entourage of the athletes, the club coaches are very reluctant to accept that doping is not part of sports. It’s likely to take a bit of time.”

Kenya, one of the leading nations when it comes to middle and long-distance running, is currently non-compliant with the WADA code. But unlike Russia, Niggli said he expected to see Kenyan athletes competing under their own flag in Rio. “The Kenyan National Anti-Doping Agency is currently non-compliant,” said Niggli who was previously WADA’s legal director from 2001-2011 before serving as a partner in a Lausanne-based law firm.

“But they are going through a process of changing their rules and need a final ratification by the president of their country. When this is done they will regain compliance. I think they will be in compliance. The Kenyan Olympic athletes have been submitted to a robust testing programme by the IAAF .”  It is not just Olympic sports that are covered by WADA.

In May, Sri Lanka’s Kusal Perera was cleared to return to competition by the International Cricket Council, having been provisionally suspended for some six months on the basis of what officials said was a botched doping analysis by a WADA-accredited laboratory in Qatar. Wicket-keeper/batsman Perera is now a member of the Sri Lanka squad for a one-day international series in England due to start Tuesday and Niggli, speaking at London’s Lord’s Cricket Ground, said: “These things are always complicated because the science is not easy. “But the lab made an assumption on the basis of a report which turned out not to be accurate and resulted in the reversal [of the ban]. We will look into it. It’s unfortunate, but it’s rare we have these cases.” 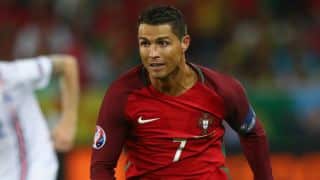 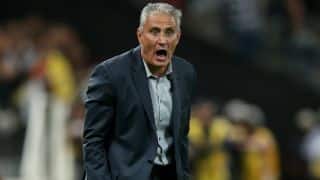