US sports channel ESPN later reported that before the positive doping result, Povetkin passed doping tests three times, namely on April, 7,8 and 11, and all his samples tested negative.

Moscow: The World Boxing Council (WBC) will be reviewing the alleged doping abuse case of Russian heavyweight boxer Alexander Povetkin next week and the fighter will be in attendance. “We are submitting documents and will be providing explanations,” a spokesman of his team told Tass on Friday. “Next week the boxer and his team will be giving personal explanations to the WBC. The case is provisionally set to be studied in Mexico.” Povetkin is currently under investigation of the WBC on doping abuse accusations, reports Tass. WBC Heavyweight Champion Deontay Wilder of the United States (W36-L0, 35 KOs) was scheduled to hold his mandatory title bout against Povetkin (30-1, 22 KOs) on May 21 in Moscow.

However Russian boxer’s doping Sample A had tested positive for meldonium shortly before the fight and the bout was suspended indefinitely. His Sample B also tested positive for the same substance. Sample A revealed that the body system of the 36-year-old Russian fighter contained a low concentration of 0.07 micrograms. US sports channel ESPN later reported that before the positive doping result, Povetkin passed doping tests three times, namely on April, 7,8 and 11, and all his samples tested negative. However, his doping test as of April 27 gave a positive indication for meldonium presence in his blood.

Early in June, Andrei Ryabinsky, the head of the Boxing World promotion company, said that Povetkin’s doping sample, collected on May 17, tested negative for meldonium. The drug meldonium (mildronate) was included in the list of preparations banned by WADA from January 1, 2016. The presence of the meldonium substance in the athlete’s blood during and between competitions is a violation of anti-doping rules. The substance belongs to S4 class on the WADA blacklist (hormones and metabolic modulators). However on April 13, WADA announced that the concentration of less than one microgram of meldonium in the body system of an athlete, whose doping tests were conducted before March 1, was acceptable. 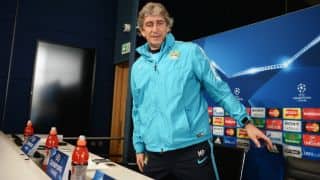