Islamabad: British boxer Amir Khan paid tribute to legendary fighter Muhammad Ali on saturday, calling him the “people’s champion” and saying Ali’s life outside the ring had inspired him to help those in need. The WBC Silver welterweight title holder, currently in Pakistan to open a boxing academy and carry out charity work in the country’s drought-hit south, said Ali’s larger-than-life personality had earned him millions of fans around the globe. “I was always looking up to him. A great fighter, a guy who wasn’t only just a fighter but also a great personality outside the boxing world as well,” the 29-year-old told AFP.

“He would say ‘I’m gonna knock him out in the fourth round, and he used to do it in the fourth round. That’s what I used to love about Muhammad Ali.'” Khan added that Ali’s fighting style, which combined the speed and agility of a lightweight with the power of a heavyweight, had made him a unique fighter. “If you looked at the way he used to fight he was very very different to any other fighter. He was a heavyweight, where he was really, really big, he was heavy. But he moved like a lightweight. So he floated like a butterfly and he did sting like a bee because his shots were fast, powerful and explosive. And he used to hurt his guys, you know, he hurt his opponents.”

In addition to being widely regarded as the best boxer in history, Ali was outspoken in his fight for social justice, becoming a key figure in the civil rights movement and a leading voice against the US war in Vietnam. He also raised millions of dollars for charity, including his own organisation dedicated to Parkinson’s research, a disease he suffered from from 1984 onwards.

Khan said: “I look up to him and I wanna do what he did. That’s why I come places like Pakistan and I spend time here. I kind of picked that out of his book — how Muhammad Ali used to help the less fortunate people. He was more of a people’s champion, not just a champion but a people’s champion and that’s how I want to be.”  Khan has raised some USD 80,000 for the drought-affected people of Pakistan’s southern Thar district, and pledged to build new wells in the desert region. He will also unveil a new boxing academy in the capital Islamabad aimed at unearthing future fighting champions. 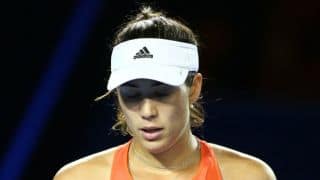 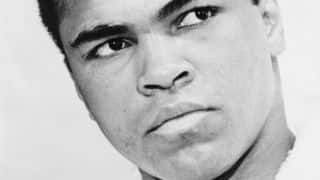