Oslo: Andre de Grasse ran a season-best 10.07 seconds to win the 100 meters sprint event at the Bislett Games. The Canadian sprinter was followed by American runners Michael Rodgers, Dentarius Locke and Ameer Webb who finished in 10.09, 10.12 and 10.18 respectively, here on Thursday, reports Xinhua. “I ran my season best as I wanted,” De Grasse said. “In next races I hope for more improvements. Next should be definitely a sub-10 seconds.” The 21-year-old had finished third in the 100m and 4x100m relay at the 2015 world track and field championships in Beijing.

In the women’s 200m, world champion Dafne Schippers won in 21.93. Elaine Thompson of Jamaica finished second in 22.64, while Ivet Lalova-Collio of Bulgaria was third in 22.78. For the pole vault, Olympic champion Renaud Lavillenie of France defeated world champion Shawnacy Barber of Canada to win with a jump of 5.80m. 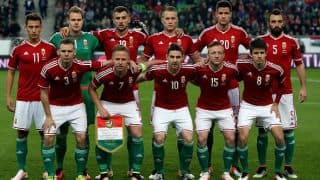