Yogeshwar Dutt will today clash with Adam Batirov for a gold medal finish.

Star wrestler Yogeshwar Dutt today secured an Olympic quota place for India after making the final round of the men’s 65kg freestyle event on the second day of the Asian Olympic Qualification tournament in Astana, Kazakhstan. Yogeshwar became the second Indian wrestler after Narsingh Yadav to book a berth for the Rio Games, to be held later this year. The 33-year-old qualified for Olympics by virtue of reaching the final. The top two finishers in each weight category here are assured of a Rio berth. The London Olympics bronze-medallist will today clash with Adam Batirov for a gold medal finish. En route the final, Yogeshwar put up a dominating show, winning all his three bouts.

Having defeated Kim Ju-song of North Korea in qualification round 8-1, he got the better of Xuan Dinh Nguyen of Vietnam by fall verdict 12-2 in quarters and then followed it up by beating Lee Seung-Chul of Korea 7-2 in his semifinal bout. 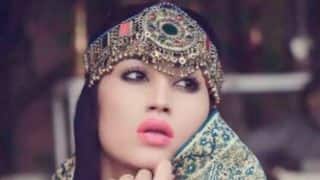 Cristiano Ronaldo included in Portugal side for upcoming friendlies against Bulgaria, Belgium