Samantha Gash said her mind and heart is determined to finish the physical and mental challenge that is 'Run India'.

Melbourne: On a mission to raise funds for the education focused initiatives in India, an Australian marathon runner will embark on a 76-day-long-run from Jaisalmer to Meghalaya in August. Samantha Gash, a corporate lawyer by profession, who is now an athlete, said “my mind and heart is determined to finish the physical and mental challenge that is ‘Run India’. It will definitely be one day at a time and remember that I need to be highly adaptable in order to do so.”

She said the objective to undertake the challenge of running almost 4,000 kms stretch covering several Indian cities from West to East was to raise funds which would go towards funding education focused initiatives through World Vision’s programmes in India. “My hope is also that I can shed some light on the complexities Indians face when it comes to accessing education and that a grassroots and holistic approach to development can be a life or game changer,” 31-year-old said.

She has run through some of the most extreme and inhospitable locations from deserts in Chile, China, Egypt and Antarctica, to mountains of Nepal, New Zealand, South Africa and India. Her Indian challenge would include not a direct run from West to East India but would also include other parts to visit World Vision development programmes in Pauri and Darjeeling. Samantha said that she was fascinated with India after her 2011 trip when she ran non stop for a 222 kms in Leh.

“I found the running community in India so supportive and passionate. The landscape and terrain is incredibly diverse from desert to urban centres, mountains, tea estates, jungles and forests,” she said. “I have connected my love for endurance running over the past five years to raising funds with the goal to addressing complex barriers to access of education,” she said. “My plans started to take shape once I developed a relationship with World Vision and we identified development programmes near my suggested route. It was in these early discussions that Run India was really born,” she said.

Samantha would be accompanied by her crew of Indians, a Britisher and an American who join her during sections of the run. On January 26, another Australian marathon runner, Pat Farmer commenced on his South to North India run in a bid to promote ties between the two sides and encourage tourism and people-to-people contact. With an aim to create awareness about India as a “must experience” destination for travellers from Australia, Farmer also would raise funds for the cause of the education of the girlchild through this run, which began in Kanyakumari. He would be finishing the run in Srinagar on March 30. 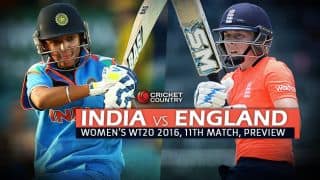