Bruce Dejean-Jones was killed after kicking open the door of a Dallas apartment and being shot by the man inside.

New York: New Orleans Pelicans rookie guard Bryce Dejean-Jones died from a gunshot wound to his abdomen — he was 23. Police told the Dallas Morning News and Des Moines Register that Dejean-Jones was killed early yesterday after kicking open the door of a Dallas apartment and being shot by the man inside. Authorities said the man, who had been sleeping before the forced entry, fired from inside his bedroom after Dejean-Jones kicked the door to the room. He collapsed in an outer hallway and died at a hospital.

“It is with deep sadness that the Pelicans organisation acknowledges the sudden passing of Bryce Dejean-Jones,” the team said in a statement. “We are devastated at the loss of this young man’s life who had such a promising future ahead of him. Our thoughts and prayers are with Bryce’s family through this difficult time.”  Dejean-Jones signed a three-year contract with the Pelicans in February after playing on back-to-back 10-day deals.

He averaged 5.6 points, 3.4 rebounds and 1.1 assists in 19.9 minutes on the court over 14 games, 11 of them as a starter, before his season ended following surgery for a broken right wrist. Dejean-Jones, who was born and raised in Los Angeles, played college basketball at Southern California, Nevada-Las Vegas and Iowa State. 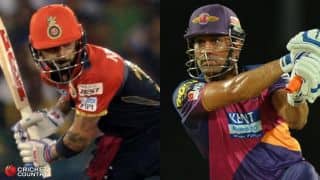