The Bangladeshi trio of Md Dulal Hossain, Md Siddikur Rahman and Md Sajib Ali dominated round one of the inaugural BTI Open.

Dhaka: The Bangladeshi trio of Md Dulal Hossain, Md Siddikur Rahman and Md Sajib Ali dominated round one of the inaugural BTI Open as they occupied the top three places on the leaderboard at their home course, the Kurmitola Golf Club on Wednesday. While Md Dulal Hossain seized the lead with a sparkling seven-under-65, Md Siddikur Rahman and Md Sajib Ali were a shot behind in tied second at the Rs 35 lakh event. Bengaluru’s Udayan Mane and Delhi’s Pratap Atwal led the Indian charge on day one with promising scores of five-under- 67 that placed them tied fourth.

Dulal mixed nine birdies with two bogeys. He came up with four straight birdies from the fifth through the eighth to set the tone for the day. “I got off to a good start with a birdie today and that put me in a good frame of mind. I just took all my opportunities thereafter. The four consecutive birdies gave me a lot of confidence that translated into a solid back-nine. There’s a long way to go with three rounds remaining and a lot of good players are up there in the top-10. It’ll be all about capitalising on the good start from here on,” Dulal said.

Two-time Asian Tour winner Siddikur Rahman, who has been struggling for form on the Asian Tour this year, produced his best score of the season so far, a six-under-66, to live up to his reputation of being one of the pre-tournament favourites. Rahman put up an outstanding display of ball-striking coupled with some consistent putting to make three birdies each on either side of the turn.

His longest putt of the day was the 20-feet birdie conversion on the 13th while the highlight of his round was the birdie chip-in on the 14th. Md Sajib Ali joined Siddikur in tied second thanks to a round punctuated by nine birdies and three bogeys. Mane, the 2015 PGTI Emerging Player of the Year, armed with a hot putter, strung together six birdies and a lone bogey during his opening round of 67. Mane’s round featured four straight birdies from the 14th to 17th. The 25-year-old sank four putts from a range of 15 to 25 feet on Wednesday. Atwal posted seven birdies and two bogeys to join Mane in tied fourth position. Md Zamal Hossain Mollah, another local favourite, shared sixth place with Indians Harendra Gupta, Deepinder Singh Kullar and C Muniyappa at four-under-68. 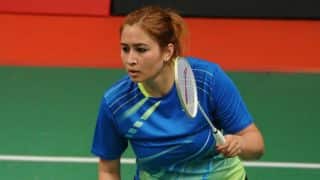