Aneeta Mehta attracted the highest bid price of Rs.60,000 in the players' auction of the maiden Darts Premier League on Thursday.

Kolkata: Seasoned campaigner Aneeta Mehta attracted the highest bid price of Rs.60,000 in the players’ auction of the maiden Darts Premier League on Thursday. Mehta, one of the nine marquee players, will be playing for team” Eklayva”. She had represented India in the world cup in Turkey in 2015. Arnab Raha, currently ruling the rank table among the country’s dart players, was roped in “Apollo Arrows” for Rs.55,000. “It is great to have a overwhelmingly tough player in our side,” said Ananya Chatterjee, the team brand ambassador. Sangam Roy was bagged by the Magma Yoddha for the same amount that Roy fetched.

Raha later told IANS that Roy will give him the toughest competition. The other marquee players Aman Sondhi, Jolly Chanda, Vimanra Garg, Avijit Dutta, Ranji Saha and Samit Malhotra went to Aauris Strikers, Shinning Stars, Warriors, Arrow Heads, Tungsten Creed and Sharp Shooters respectively. A total of 72 players, including internationals, national and state players, went under the hammer in this auction. The franchise based tourney is slated to be held from June 5-11. The Saturday Club, the Calcutta Cricket and Football Club and the Bengal Club will be the venues. 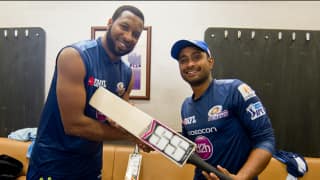