The Goa government wants the National Games to be postponed in view of the possibility of early state assembly elections.

Panaji: The Goa government wants the National Games, which are scheduled to start in the first month of November later in 2016, to be postponed in view of the possibility of early state assembly elections. “The National Games were tentatively finalised from November 5 to 19. However, due to the possibility of an early general assembly elections, the state has requested the Indian Olympic Association (IOA) to defer the hosting of the Games to a later date,” Sports Minister Ramesh Tawadkar told the Goa legislative assembly in a written reply on Friday. In September 2015, the state government confirmed to the IOA November 5-19 as the dates for hosting National Games 2016. Goa, which has been lagging behind in creation of infrastructure for the National Games, has already been warned that delay in raising infrastructure would force the IOA to change the venue for the pan-India sports event. 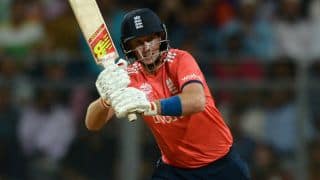