With a view to producing international-level sportspersons and developing world-class sports infrastructure in the state, the Gujarat government on Wednesday announced an integrated sports policy.

Gandhinagar: With a view to producing international-level sportspersons and developing world-class sports infrastructure in the state, the Gujarat government on Wednesday announced an integrated sports policy. “The idea of announcing the new sports policy is to provide sports platforms through various government schemes to every person of the state. For the last six years, the Gujarat government is organising ‘Khel Mahakumbh’, which gave platform to many upcoming players,” Minister of State for Sports Nanubhai Vanani said.

Over the past few years, the state government has taken several initiatives to put the state on the world sports map just like many other fields. The policy has envisaged incentives to sportsmen and women and decided to reserve two percent government jobs in class-3 category for meritorious sportspersons. The government would provide class-I jobs for Olympic and Asian Games medal winners, while those winning silver and bronze medals in Asian Games would land class-2 category jobs.

The minister said that just like health and education for all, the state government intends to make sports for all. Through the policy, the government will give encouragement to establish dedicated schools and colleges for sports as well as sports academies.

For sports infrastructure, the policy aims at maintaining existing sports facilities, including grounds and sports complexes, as well as develop new infrastructure across the state in public-private partnership. The policy also aims to involve corporate houses, Non-Resident Indians (NRIs), NGOs and local self-government bodies for the creation of international class sports infrastructure.

The sports policy would encourage those organisations or individuals who want to organise local as well as national level tournaments besides summer camps in the state. It also speaks of encouraging water sports as Gujarat has the longest coastline in the country. 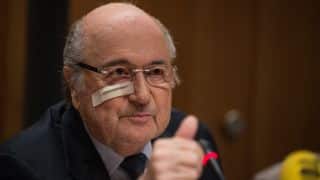