New Delhi: British golfers Tommy Fleetwood, Marc Warren and David Howell have confirmed their participation in the 2016 Hero Indian Open to be held here from March 17 to 20, it was announced on Wednesday. The confirmation of the three British professionals, who between them have 17 international titles, has further strengthened the field for the 2016 Hero Indian Open. The event, sanctioned by the Asian Tour and European Tour for the second straight year, will have its 52nd staging at the Delhi Golf Club. The prize purse has also been enhanced to $1.66m with $276,660 going to the winner while the runner-up will collect $184,440.

Fleetwood, 25, a former World No. 3 in amateurs, is seen as a very bright talent, who announced his arrival on the big stage with a win at the Johnnie Walker at Gleneagles. He is currently ranked No.81 in the world and has been a Top-50 player as recently as 2014. Warren, a Scottish professional, who has three European Tour successes in his six international wins, was the Rookie of the European Tour in 2006 and had a fine 2015, with a second place finish in Qatar, fourth place at Scottish Open and reached the semi-finals at the Saltire Matchplay. His last win came in 2014, when he won ‘Made in Denmark’. Also in 2014, Warren was third at Scottish Open and fourth in Wales.

Howell, an English professional, has seven wins, five of them on the European Tour. His big moment came in 2005, when he won the WGC-HSBC beating Tiger Woods and became World No. 13, the best British player at that time. His wins have come at big events like Dubai Desert (1999); BMW International (2005), WGC-HSBC (2005); BMW Championship (2006) and Alfred Dunhill (2013). Defending champion Anirban Lahiri and three-time Major champion Padraig Harrington will headline one of the strongest ever fields to assemble at the Hero Indian Open. Featuring alongside the marquee names, a strong field of players from Europe and Asia will once again return for the 52nd edition of India’s national open. 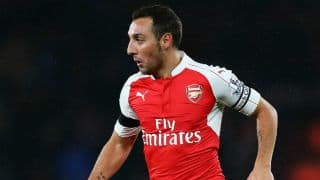