The General Assembly of the IAAF Diamond League meeting has decided to include Rabat, Morocco as a new host city for Diamond League.

Zurich: The General Assembly of the International Association of Athletics Federations (IAAF) Diamond League meeting has decided to include Rabat, Morocco, as a new host city for the prestigious global series of one-day athletics meetings, it was announced on Thursday. The meeting replaces New York, US, with immediate effect for the 2016 season, reports Xinhua. Launched in March 2009, the IAAF Diamond League — which features the world’s best athletes competing across 32 individual track and field disciplines — has for its first six competition seasons (2010-2015) included host cities in Asia, Europe, and North America.

With the addition of Rabat, the series of 14 meetings — which annually takes place from May to September — now includes a fourth continent, Africa. Rabat first applied for membership of the IAAF Diamond League in 2014 and has since undergone a rigorous evaluation process to confirm its organisation, facilities and services were of a high enough standard for inclusion into athletics’ top-tier international invitational circuit. Sebastian Coe, IAAF President and Chairman of Diamond League AG, said: “We are pleased to be able to take our premier athletics series into a new continental area. The IAAF Diamond League offers the best athletics entertainment to the world outside of the IAAF World Championships and the Olympic Games.” 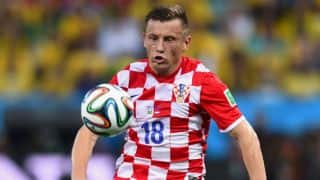