Vikash Anand made a memorable comeback to the racing tracks after 18 months by pulling off a grand double in the high-profile MRF F1600 class.

Chennai: Vikash Anand made a memorable comeback to the racing tracks after 18 months by pulling off a grand double in the high-profile MRF F1600 class on the concluding day of the second round of the MMSC FMSCI Indian National Racing Championship on Sunday. Bengaluru’s Deepak Paul Chinnappa scored a fine win in the top-end Indian Touring Cars class. Also enjoying great success were Raghul Rangasamy who completed a hat-trick of wins in the Formula LGB 1300 category. Vikash stopped Karthik Tharani s four-win spree by winning both the MRF F1600 races, becoming a serious contender for the championship whose winner will be eligible to participate in the Mazda Road to Indy shootout this winter in the United States.

Vikash hardly put a turn wrong in the first race that he won comfortably ahead of a pack that was involved in a merry scrap for track positions. In the next outing, Vikash started fourth on the reverse grid, but made places to move into second behind Goutham Parekh. The duo was involved in a tight fight until Parekh s mistake on the last lap saw Vikash move in front and win.

For Tharani, after his two wins on Saturday, the fortunes nosedived. In the third race on Sunday morning, a 30-second penalty for causing avoidable collision pushed him from third to eighth and in the next outing, he had a contact with Raghul to finish ninth. “I am at a loss for words. It has been a year and a half since I raced and I am surprised how competitive I have been since yesterday. It was a great battle with Goutham, a clean, fair fight and I am overjoyed to win on the last lap,” Vikash said.

Pithawalla, starting fourth on the reverse grid, fought his way to the front and once there, never looked back as he went on to win by the proverbial country mile. Deepak Paul, son of former two-wheeler champion CK Chinnappa, underlined his racing pedigree with a fine drive that saw him defend the pole position with aplomb. Deepak, who had finished third behind Narendran and former National Rally champion Narayanaswamy Leelakrishnan, soaked up pressure through the six-lap sprint to beat the pair. 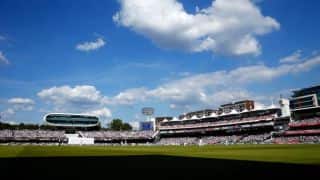