The Mumbai lost to the gold medalist Roberto Gomez by fraction of seconds, claims silver at National Swimming Championships.

Port Elizabeth, March 22 (IANS) Indian swimmer Aryan Makhija clinched a silver medal in the 1,500 metres freestyle event in the Under-18 category at the South African Level 3 National Swimming Championships here on Tuesday morning. The Mumbai kid clocked a time of 16.42.28 seconds while Johannesburg’s Roberto Gomez won the gold, recording 16.21.93. Aryan and Roberto were engaged in a keen tussle at the halfway mark but the South African gradually built up a lead to finish strongly. Aryan’s prowess in the event was evidenced by the fact that the 16-year-old finished a full 13 seconds before Christopher Aubin, who won bronze. Aryan is part of a seven-strong contingent of Indian swimmers who are training under South African coach Graham Hill, who is Olympic champion Chad Le Clos’ personal coach, on a year-long scholarship funded by the JSW Sports Excellence Programme. The seven train at Durban’s Seagulls Swimming Club and study at Glenwood High School.

Hill said he was pleased by Aryan’s effort and his commitment in what was a difficult race.”The 1500m event is always a tough one as it requires the swimmer to ration his effort and peak at the right moments. It looked like Aryan had a pretty good understanding of that. He did well but I believe that he can go faster in certain segments and we will work on that,” he said. 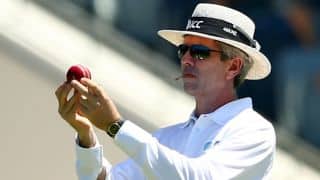