Bangkok: A fit-again Indian shooter Jitu Rai edged past a strong field, including former Olympic champion Pang Wei, to clinch the 50m pistol gold at the ISSF World Cup on Friday. Jitu, who had been nursing a palm injury for some months, beat China’s former World and Olympic Champion Wei to second place shooting 191.3 to Pang’s 186.5. Wang Zhiwei, also of China and an Olympic Bronze medallist, finished third with a final round score of 165.8. India’s Prakash Nanjappa shot 549 in the qualification round to be placed 17th.

Jitu reached the final by finishing third at the end of the 60 shot qualifying series with a score of 562. Wei led the field of eight top qualifiers with a score of 564, while Zheiwei followed him in second place scoring 563. Former World Champion Tomoyuki Matsuda of Japan was also going to be a threat in the final given his recent form in the Asian Shooting qualifiers in Delhi. Jitu did not start as strongly as he would have wanted to in the final however he maintained a top three position throughout.

Wei finally conceded the lead to Jitu after having below par 13th and 14th shots. The following two shots also saw a similar pattern for Wei and from then on, it was Jitu all the way as both the Chinese challengers had a tame end to the 20- shot final. Tomoyuki Matsuda, after briefly lying in the top three, was eliminated in 5th place. After having an incredible run of five consecutive ISSF medals including Gold, in a period beginning 2014 to beginning of last year, a period where he also won an Asian Games Gold, there was a lull of sorts from Jitu. Indian Saturday will see the finals of the Men’s 50m Prone and 10m Air Pistol events. Jitu will look to increase his medal tally in the pistol event while Gagan Narang and Chain Singh will lead India’s charge in the Rifle event. 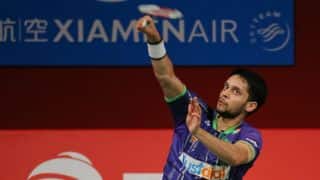 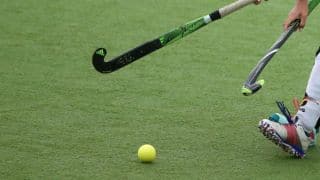