Samorin (Slovakia): The Indian women 4x400m relay quartet of Jauna Murmu, Ashwini Akkunji, Anilda Thomas and M R Poovamma enhanced its Rio Olympic Games qualification chances by winning a gold medal at the PTS athletics Grand Prix with an impressive timing of 3:31.39. After this performance, the national relay team can qualify for the Olympic Games in two ways. The Top-8 finalists in last year’s IAAF World Relays in Nassau, Bahamas, have an automatic entry. The remaining eight slots (9 to 16) shall be filled by taking into account the best two performances achieved by a national squad in international competitions held between January 1, 2015 and July 11, 2016.

India’s national team’s best mark in 2015 (3:29.08) came from Jisna Mathew, Tintu Luka, Debasree Majumdar and Poovamma during the World Championships at Beijing. Taking into account yesterday s mark (3:31.39), the Indian team is currently ranked 15th in the unique World relay rankings prepared specially for the purpose of Rio Olympics with an average time of 3:30.24. The Russian Federation, currently suspended by the IAAF following wide-spread doping scandal, may come back and with a better average of 3:24.29 may push India down one place.

Germany, in 16th place, went out of the Top-16 following Indian entry last night. However with large number of opportunities available to the German team both at home and in neighbouring countries, they too have chances of coming back strongly in the coming weeks. The Indian team now needs to compete regularly in Europe and improve performances to remain in the top-16 as only 16 qualified teams are allowed to compete in Rio in each relay event. 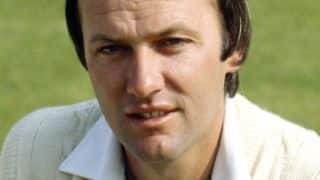