Pinkathon', a marathon exclusively for women to create awareness about breast cancer, will be held in Goa on April 17

Panaji: ‘Pinkathon’, a marathon exclusively for women to create awareness about breast cancer, will be held in Goa on April 17. The 10-km run for breast cancer awareness will be held in association with Miracle Munj and Vasco Sports Club on April 17 at Miramar. “This is an initiative of India Going Pink, a concept initiated by United Sister’s Foundation. Goa Going Pink is a model run under Pinkathon’s umbrella to take the awareness to all the other cities and towns in India to make women adopt healthier lifestyle and have a positive attitude for life,” said Milind Soman, supermodel, fitness enthusiast and the Ironman Triathlon finisher at Zurich, Switzerland.

“Everyone as an individual should do whatever it takes to raise awareness about healthy lifestyle to keep diseases at bay. Running, as a fitness medium, addresses most of the top ten ways to help prevent diseases, including breast cancer,” said Soman who is a part of the organisation team.

“It not only promotes well-being, but also raises immunity levels and energises a healthy lifestyle to help fight diseases like cancer, diabetes and heart ailments that increasingly threaten the modern day society,” he said. The run aims to raise awareness about breast cancer, its causes and prevention. Breast cancer is one of the leading causes of cancer deaths among women worldwide, in spite of it being one of the curable cancers if detected early, a press release issued by the organisers said. 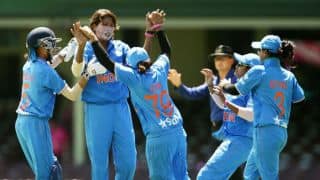