Los Angeles: Boxing icon Muhammad Ali has died, a family spokesman said in a statement. “After a 32-year battle with Parkinson’s disease, Muhammad Ali has passed away at the age of 74,” spokesman Bob Gunnell said. Ali, whose fame transcended sport during a remarkable heavyweight boxing career that spanned three decades, had been hospitalized in the Phoenix, Arizona, area with a respiratory ailment this week. Passing of Ali is one of the sad moments in the history of boxing as he was one of the finest sportspersons ever. Ali’s daughter Laila is one of the greatest women boxers of this generation. Muhammad Ali was born at Louisville, Kentucky in United States.

Ali won Olympics gold medal in 1960 when the games took place in Rome. He pulled off an upset when he beat Sonny Liston four years later. He defeated him at Miami Convetion Center. Through this Ali gained worldwide admiration and fame. Many books and films were made on him. A documentary, “I am Ali” was released at the start of this month. Ali lost against Larry Holmes in 1980 and against Trevor Berbick in 1981 towards the end of his career. Many people were of the opinion that he should have retired much before. Ali won 37 bouts through knockout.

Ali got ill after his retirement. He was soon diagnosed with Parkinson’s disease. However, he continued to stay in touch with his fans and the general public alike. During the opening ceremony of Olympics 2012, Ali carried the flag of the games. The Olympic games of 2012 were held at London. Ali was originally known as Cassius Marcellus Clay, Jr before his conversion. 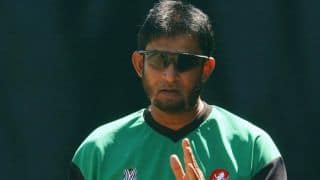