Muhammad Ali's family spokesman Gunnell has said he was 'disgusted' and 'amazed' to know that some greedy ticket holders are trying to sell free tickets.

Melbourne: Legendary boxer Muhammad Ali’s family spokesman Bob Gunnell has said that he was ‘disgusted’ and ‘amazed’ to know that some greedy ticket holders are trying to sell free tickets, arranged for the American superstar’s public memorial service in his hometown of Louisville, online for cash. According to news.com.au, a total of 15,000 free tickets were sold out less than an hour after the start of the public sale at the KFC Yum Center with many leaving empty-handed. However, some of the lucky ones who got the limited tickets went online to sites like Craigslist looking to sell the in-demand tickets for hundreds of dollars.

Appalled by these actions, Gunnel said that he was personally disgusted to know that someone was trying to profit off of Ali’s memorial service and urged people not to purchase them while pointing out that Ali wanted his memorial to be a free event. Ali passed away at the age of 74 after losing his long-standing battle against Parkinson’s disease. The three-time boxing heavyweight champion had been hospitalised multiple times in recent years, including spending time in hospital in 2014 after suffering a mild pneumonia before being admitted again for a urinary tract infection last year.

Known worldwide for his illustrious ring career, the American was equally famous for his civil right activism as well as for his profound, witty and inspiring one-liners. Ali, who also won an Olympic gold medal at the 1960 Rome Olympics, took retirement from his glorious career after a defeat against Trevor Berbick in 1981. 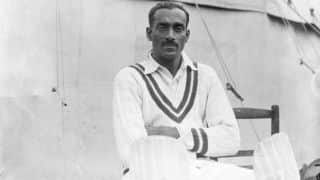