Chief Minister Mukul Sangma on Tuesday handed over the documents to MSOA to begin the bidding process for hosting the National Games 2022.

Shillong: Chief Minister Mukul Sangma on Tuesday handed over the documents to the Meghalaya State Olympic Association (MSOA) to begin the bidding process for hosting the National Games 2022. The Chief Minister also handed over a cheque of Rs 50 lakh on behalf of the state government and letters of support to the MSOA for placing the bid at a brief function held here at the State Convention Centre. The function is aimed at drumming up support and step up effort to make bid for the Games. The event was attended by Leader of Opposition Donkupar Roy besides others including Sports Minister Zenith Sangma.

Hosting the National Games would be a befitting tribute to the state and the people to mark the 50th year of statehood, Mukul said, appealing to the people to come together to achieve the shared objective with seriousness and a sense of ownership. He hoped Meghalaya would be able to mobilise all wherewithal needed to host the event even as a number of measures would also be required to be undertaken by the State to mop up required resources.

Stating that there was no time to be complacent, the Chief Minister said a lot of activities remained to be done by sports associations and advocated an apex committee to effect convergence from all departments and a true inclusive team drawn from all political parties to achieve the mission. Observing that there would be huge requirement for infrastructure building not only hosting 32 Olympic and 8 non-Olympic disciplines but also for hospitality sector, the chief minister said that there were also many local potential investors in the state who could be roped in for creating the infrastructure.

Every infrastructure created would be used to move further and open up diverse opportunities for the people of the state, he added. Leader of the Opposition, Donkupar Roy while expressing his support for the bid, stressed the need to go forward with the involvement of all the people of the state with due seriousness and transparency in the process. He also stressed the need to ensure that the sportspersons of the State are able to participate in the Games and win medals. 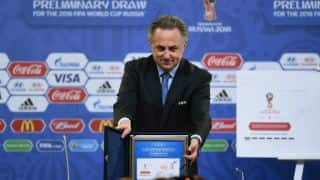 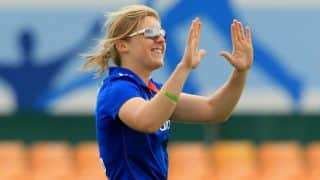