Of course, they will get yet another chance in the AAI Inter-Institutional Championships at Jaipur in July before taking the flight to Rio in August.

Chandigarh: Rio-bound Indian women’s paddlers Manika Batra and Mouma Das will be the major attraction when the Rs. 6 lakh National Ranking (North Zone) Table Tennis Championships begins at the Panjab University Gymnasium Indoor Hall on Saturday. Manika and Mouma will look to express themselves and hone their skills as they prepare for the Olympics. Of course, they will get yet another chance in the AAI Inter-Institutional Championships at Jaipur in July before taking the flight to Rio in August.

However, top men’s players A Sharath Kamal and Soumyajit Ghosh have decided to skip the event and continue with their practice in Germany and Sweden for the Rio Games. But they are expected to participate in the Jaipur event in July. The new season for table tennis in the country will be unique in more ways than one. Making a departure from the past, it will begin with a zonal event rather than the usual Inter-Institutional Championships.

There will be a real-time scoring of all matches for the first time in addition to the live streaming on YouTube of all show-court matches. The Table Tennis Federation of India (TTFI) has also found a worthy sponsors in 11Even Sports, a Mumbai-based event management company, with which it has signed a 10-year deal. The Championships will witness close to 900 participants, making it one of the largest with 1300 entries for a season opener in different categories – Cadet, Sub-Junior, Junior, Youth and Senior.

Though the championships are hosted by Haryana Table Tennis Association, the Chandigarh Table Tennis Association has also pitched in its might to help support in the organization. But the major attraction for the paddlers from the new season will be the points they earn in the zonals as the cumulative point will only count instead of the best three until last season for selection into various Indian squads. Apart from the battle-scarred veterans and those making their mark in men and women’s sections, the Youth and Junior who have matured to give a good shot at the titles on offer will add to the glitter. 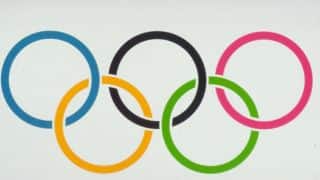