Hockey India on Saturday congratulated Nita Ambani, Founder and Chairperson of Reliance Foundation, for being nominated as an IOC candidate.

New Delhi: Hockey India on Saturday congratulated Nita Ambani, Founder and Chairperson of Reliance Foundation, for being nominated as a candidate to be a new member of the International Olympic Committee (IOC). The election for the new IOC member position will be held at the 129th IOC Session that will take place in Rio de Janeiro between August 2 and 4. The independent selection process follows a new procedure for recruitment of IOC members based on the Olympic Agenda 2020 recommendations. Once elected, she will continue to be a member until the age of 70.

Ambani is the first Indian woman to be nominated to the IOC and this comes as a recognition of her passionate work in the area of education and sports. Expressing his delight on this development, HI President Narinder Batra said, “Mrs Nita Ambani’s dedication and passion for development of sport is laudable and that’s exactly why she fully deserves the membership to represent India at the International Olympic Committee,”

Ambani has been involved in promoting multiple sports in the country with focus on developing talent through a number of large-scale grassroots level initiatives. The IOC is the supreme authority of the Olympic Movement. It acts as a catalyst for collaboration between all parties of the Olympic family, from the National Olympic Committees (NOCs), the International Sports Federations (ISFs), the athletes, the Organising Committees for the Olympic Games (OCOGs), to partners and United Nations agencies. 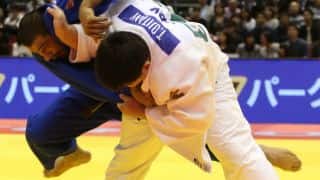