Samui (Thailand): Indian golfer Rahil Gangjee took the tied 17th position, while compatriots Himmat Rai and S. Chikka shared the 27th spot after the second round of the Queen’s Cup on Friday. Gangjee’s round had a single blip in the 12th hole which he bogeyed to get one-over 72 that took his total to two-under 140 after the first two rounds of the $300,000 Asian Tour tournament. Himmat and Chikka got an one-under 70 and even-par 71 respectively and shared the 27th position with a two-day total of one-under 141. SSP Chawrasia carded 70 to get a total of one-over 143 and finished joint 39th.

Chiragh Kumar also made the half-way cut as he was tied 63rd on 145 total following a 72 in the second round. Amardip Malik, Khalin Joshi, Shubhankar Sharma missed the cut at the Santiburi Samui Country Club. Meanwhile, Thai favourite Prom Meesawat earned the joint clubhouse halfway lead following his career-best round of six-under 65. The man nicknamed the “Big Dolphin” joined American Paul Peterson and Spaniard Carlos Pigem atop the leaderboard after snaring six birdies, including four on the trot on his homeward home.

Peterson also enjoyed a flying 65, highlighted by a superb eagle from 30 feet on the par five 18th hole while Pigem propelled into contention for a maiden Asian Tour title with a solid 69. Two weather disruptions, one in the morning and another in the afternoon, meant that 67 players, including overnight leader Thaworn Wiratchant and title holder Prayad Marksaeng, will return at 7am Saturday to complete their second rounds. Thai youngster Jazz Janewattananond returned a fine 67 to lie one back of the leading trio while big-hitting Aussie Scott Hend moved into contention with a 69 to lie three shots off the pace. 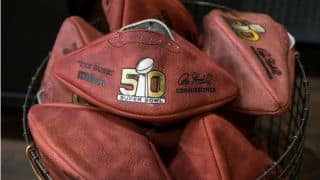