Coming on the back of a successful 2015, Anirban Lahiri hopes to bring in a medal for India in the upcoming Olympics

Leading Indian golfer Anirban Lahiri is ready to put in the hard work that will help him produce consistent performances in order to be a medal contender at the Rio Olympic Games in August. Ranked 52nd in the world, Lahiri is India’s best bet for a Olympic medal in golf and he knows he must perform upto the expectations.

After a successful 2015 in the Asian Tour and European Tour, the 28-year-old has moved on to the Professional Golfers Association (PGA) Tour. This is his maiden full season in the United States. Even though, so far, his performances have not matched his usual standards — the reigning Asian Tour champion is 107th in the PGA Tour, having managed just one top-25 finish in eight outings — he is searching for more consistency.

“I have settled there. I need consistency over the 72 holes (in a tournament) and in this aspect, I am working. Important is to keep patience,” Lahiri, who finished creditable fifth in the PGA Championship last year, said here on Wednesday, ahead of the Hero Indian Open which he will defend.

“The target will be to win on the PGA Tour, be in contention in the Majors and World Golf Championships (WGC). Obviously the Olympics as well. The targets remain the same. You push yourself until you reach a level where you target the Majors, WGCs and Olympics.

“I’m certainly hopeful of being a contender at the Olympic Games. I have been playing well and I can compete at that level. Do I have medal hopes? Yes I do. I definitely think I can contend and hopefully get a medal for India,” the Bengaluru golfer said. 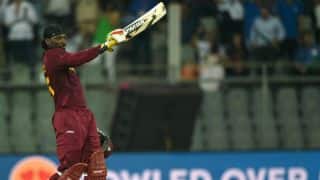 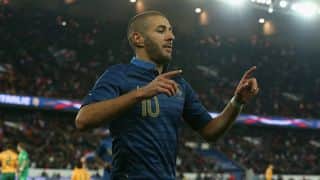