Shah Alam (Malaysia): India’s SSP Chawrasia believes the strength of Asian golf will eventually see Team Asia prevail over Team Europe when their epic battle begins at the EurAsia Cup, next week. Chawrasia, who finished fourth on the Asian Tour Order of Merit last season after enjoying four top-10 finishes, still remembers the final day drama at the inaugural edition in 2014, even though he was not part of the team then. He is now confident the 12-man team captained by compatriot Jeev Milkha Singh will gain the upper-hand when their rivalry resumes at the Glenmarie Golf and Country Club from January 15-17.

“We showed great character by coming back from 5-0 down on the opening day to draw with Europe. Nobody gave Asia a chance after day one but the team rallied together and did the unexpected. Everyone in the team has the winning mentality and qualities. I’m really looking forward to doing my part and giving all our supporters a week to remember in Malaysia,” said Chawrasia.

On a personal note, the three-time Asian Tour winner is also hoping to lift his first title abroad, having won all three title on home soil. “Yes, it would also be very nice to experience that winning feeling abroad after much success at home. Winning the EurAsia Cup would be a good start to the New Year too,” he said. Meanwhile Thailand s Prayad Marksaeng, who played in the inaugural edition in 2014, is looking forward to get the job done for Team Asia next week.

“The EurAsia Cup holds very special memories for me. Nobody gave us a chance when we went down 0-5 to Europe on the first day. My most memorable moment was when I earned that half point against Jamie Donaldson on the final day and it was sheer delight! We did the impossible and the joy and happiness was for all to see on the 18 green that day. I hope that draw will now turn into a resounding victory for us next week,” said Prayad.

The Thai veteran holds nine titles on the region s premier Tour and showed his fighting qualities with his latest comeback win on home soil at the Queen s Cup last year. The EurAsia Cup will feature 24 matches, with day one showcasing six Fourball matches, followed by six Foursomes matches and 12 Singles matches on the third day. The winning team will share prize money of USS 3.6 million while the runners-up will share USD 1.2 million. 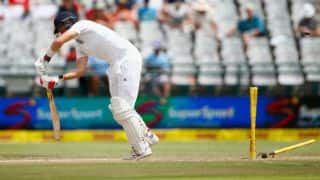